Produced in high quality sealed body resin with clear windows and detailed interior. This model will be produced in a limited edition with a numbered Certificate of Authenticity and a scale replica of the Peter Brock trophy will also be included. 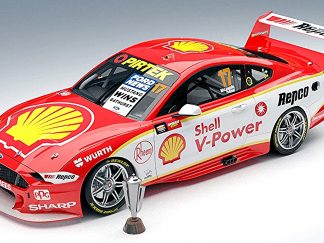