Early in 1972 Ford released the XA GT Falcon in a sedan and hardtop version. It was the first Falcon to be totally designed by Australians, as production of the Falcon in the US had ceased some 18 months earlier. The XA was the biggest Falcon yet, with the boldest styling, designed for wider appeal.

Performance improvements, like the four barrel Holley carburettor, meant that it could do a quarter mile in 14 seconds, the bulging rear flanks fitting wider tyres made it great for racing. One of the last “Supercars” before political and public pressure changed the direction of car manufacturing in Australia. 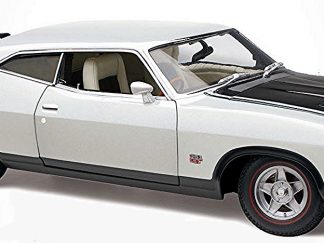