The 48-215 was the first General Motors Holden to actually bear the name Holden, a name which has become either loved or loathed by millions of car fans (depending on which side of the fence you sit) across Australia. Produced between 1948 and 1953, the 48-215 was a mid-sized sedan that became known by the general public as the FX. The FX part of the name came about due to the naming style of the cars which were produced after the 48-215, the FJ, FE and FC models which would later replace the 48-215 essentially led to the assumption that the 48-215’s name would have started with an F also, so in effect, the FX name was born because of this.

The 48-215 was officially unveiled by then Prime Minister, Mr Ben Chifley on the 29th of November 1948 to 400 special guests with 1200 official guests celebrating the release at the plant. The car was released for sale shortly after and to begin with, it was essentially just called a Holden, without the aforementioned model names which were introduced later.

This 1:64 Scale replica of the 48-215 is a beautifully crafted and detailed model, and the first version we have produced for quite a long time so ensure you place your orders so you don’t miss it. 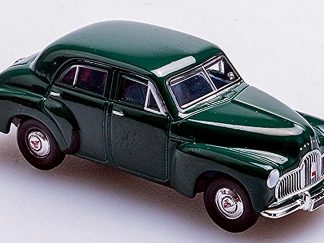