When the two door Monaro GTS was released to the Australian motoring public in July 1971 it proved incredibly popular and subsequently Holden released the four door GTS version in April 1973.

The HQ range represented a more sophisticated design direction for Australian made cars. It was the largest selling model range to date for Holden and would ensure Holden’s title of Australia’s No.1 car manufacturer. 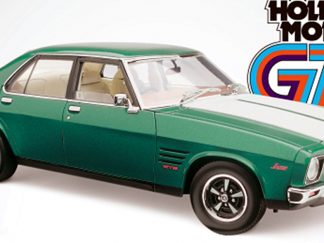