Championship points were awarded on 9-6-4-2-3-1 basis to the first six place getters at each round. Bonus points were awarded on 4-3-2-1 basis to the top four place getters also at each round. Only the best seven rounds results could be retained by each driver. Peter Brock, in his Holden Dealer Team VC Commodore, achieved a total of three round wins during the 1981 ATCC which included Round 2 Calder Park Raceway (Calder), Round 5 at Wanneroo Park (Perth) and Round 6 at Adelaide International Raceway (Adelaide). Brock was also to gain 2nd placing at 4 of the other 5 rounds.

He was narrowly beaten by Dick Johnson for the 1981 ATCC title who amassed 5 round wins and two second places overall. 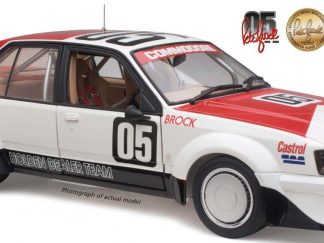