After the conclusion of the 1982 Australian Touring Car Championship, Peter Brock, in his Holden Dealer Team Commodore,had scored more points than Dick Johnson who would become the eventual series Champion.

The use of non-homologated engine heads on Brock’s car saw him disqualified from all but two rounds of the Championship. The matter between CAMS and the HDT ended in court with Brock agreeing to the loss of points and the Championship to avoid a three month suspension. Therefore, Brock’s official results were 2nd place at Sandown and a 1st Place at Symmons Plains. 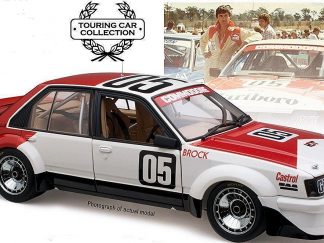