The XK series of the Jaguar sports cars developed from the XK120 to the XK150 with 3.8 engine, which went out of production in 1961. At that point Jaguar presented a completely different car with innovative lines, the E-Type, truly destined to mark an era. The first series was equipped with a 3.8 and then 4.2 engine and is considered by many to be the best one, produced from 1961 to 1968. The 4.2 engine was also preserved for the second series (1968-1971). The car was produced in both coupe and spyder configurations. The third series, produced from 1971 to 1975, was initially available with the 4.2-liter 6-cylinder engine, but in the following years the 5343cc 12-cylinder replaced the old engine. The E-Type also experienced many sporting variants, such as the Lightweight, which achieved success all over the world. Even today, the E-Type is perhaps the most famous of the Jaguars. 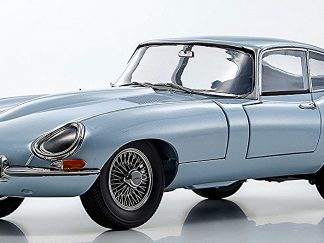