The 1986 Bathurst was a tough race for the HDT cars. The HDT car 3 of John Harvey and Neal Lowe was not able to make the top ten shoot out, with a time only good enough for 13th on the grid.

When the flag dropped to start the race, the big mover off the grid was the HDT car 3, from 13th to 4th by lap three. Later Harvey was able to force his way into the lead past Grice. But a pit stop for a driver change allowed Grice to take the advantage and win, with Harvey and Lowe finishing 2nd. 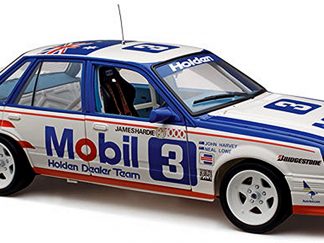