In the 1970’s, driver and owner duo, A.J. Foyt and Jim Gilmore, were unstoppable, winning the Indianapolis 500 together in 1977. After Foyt gifted his winner’s ring to Gilmore, Jim later gave Foyt a limited edition 1984 Chevrolet Corvette as a thank you. Only two were ever produced: one for Foyt and one for Gilmore. Such a unique and limited Corvette – – – only 2 pieces were produced in this color, just for Jim Gilmore & AJ Foyt. GreenLight will produce a little more than 2 pieces, but this will be a one-time run and a limited edition item! 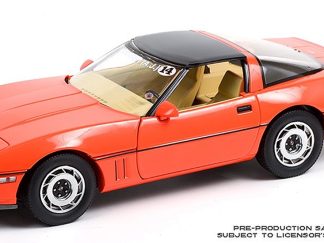