As part of their rolling primary sponsor strategy for the 2016 Virgin Australia Supercars Championship, DJRTP announced the exceptional Pirtek liveries that would be run at the Phillip Island SuperSprint by both drivers. This marked the first time Pirtek had been the major sponsor on a V8 Supercar for 10 years, stoking the memories of iconic Pirtek liveries seen during the Stone Brothers Racing Championship era.

It was a mixed weekend for the DJRTP Pirtek #17 Falcon at Phillip Island. A popped tyre at turn 1 in race 6 sent Pye off into the grass in a hair raising moment which resulted in a 26th place finish but the team and driver pulled things together to come home with a podium in race 7. 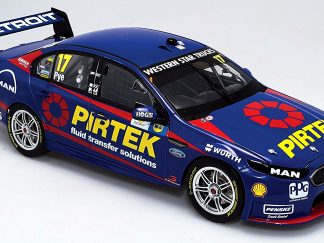