In late January 2011, Dick Johnson Racing announced that they had signed Moffat for 2011, to pilot the number 18 car replacing the Holden bound James Courtney. It is the first time in 22 years that the Moffat name has competed in the top level of Australian Touring Car racing. Moffat Remained with the team for 2012.

After two years with DJR, Moffat moved to Kelly Racing as the team transitioned into its new identity as Nissan Motorsport racing Nissan Altimas. Moffat quickly established himself within the new tea matching team leader Rick Kelly’s performances in the new team and car. 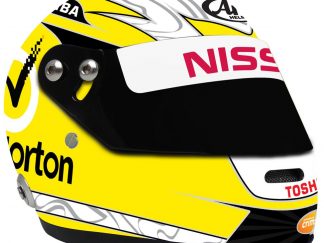