To celebrate the 40th Anniversary of one of the most infamous moments in Bathurst 1000 history and the birth of Dick Johnson Racing, Authentic Collectables are excited to be producing a limited edition replica of ‘The Rock’. Made famous when the real version rolled onto the track at Mount Panorama while Dick Johnson was leading the 1980 Bathurst 1000 to cause a massive accident and write-off his Tru-Blu XD Falcon, ‘The Rock’ is now a piece of Australian motorsport folklore.

Using 3D scanning techniques, this 1:2 scale (half scale) replica is hand painted and weighs around 3 kilograms. It will be presented mounted on a stylised base in box style packaging in an exclusive numbered limited edition with a signed Certificate of Authenticity by Dick Johnson.

It’s a unique collectable for fans of Dick Johnson Racing and Bathurst 1000 history in general. 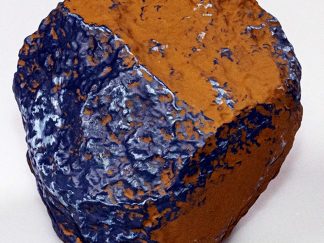