They may not have won the 2017 Supercheap Auto Bathurst 1000, but third place on the podium after a long day in wet, trying conditions at Mount Panorama was still the perfect reward for Shell V-Power Racing Team drivers Fabian Coulthard and Tony D’Alberto. The result gave the team its first Bathurst podium since Roger Penske’s buy-in of Dick Johnson’s famous Ford squad in late 2014 and its first trip to the most famous podium in Australia in 10 long years (since Steven Johnson and Will Davison in 2007). The podium finish also came 12 years after Coulthard and D’Alberto had first teamed up at Bathurst in 2005 behind the wheel of the second Tasman Motorsport Commodore. Back then they were rookies looking largely to keep out of trouble and learn the track, cars and competition, but in 2017 there were far bigger things on the line for the combination. Given his championship rivals had bad days, the podium finish sent Kiwi Coulthard back into the lead of the Virgin Australia Supercars Championship. “If you’d told me before the start of this weekend that I’d leave with my first Bathurst podium, the Championship lead and the lead of the Pirtek Enduro Cup I probably wouldn’t have believed you!” said Coulthard post-race. “It’s been a great day for me … Tony was fantastic, he did such a great job in that rain to keep the car in one piece where many others didn’t. All round, an awesome day.” Coulthard started the race seventh on the grid with the first half of the 161-lap classic run in wet conditions, though with no Safety Car periods. That changed just prior to half race when the sister, pole-sitting Shell V-Power Racing Team Falcon of Scott McLaughlin and Alex Premat stopped with engine problems on the run up the Mountain. From there the second half of the race featured five more Safety Car periods, the drying circuit encouraging drivers to push harder, though at the same time lifting the potential for many mistakes to be made. While others made countless errors and slid off the road on countless occasions, Coulthard held his nerve to bring home a third place finish on a day where the #12 Falcon had actually struggled for balance in the wet conditions. The result marked both he and co-driver D’Alberto’s best Bathurst 1000 finish and their first trip to the podium at the Mountain. Coulthard was making his 14th Bathurst start and D’Alberto his 13th in what was also his second appearance at Mount Panorama with the Shell V-Power Racing Team after finishing fifth the previous year with Scott Pye.
“It definitely was a tough day, but that’s the nature of the race,” said D’Alberto. “We just kept going. Even when things didn’t feel good and the track was really difficult to drive I just kept telling myself to do the best job I could, and hand the car back to Fabs in good condition. “Credit to Phil (Keed, car #12 engineer) and all the engineering team for working together to help us get this podium. “It was great to see Ludo (Lucriox, car #17 engineer) and the car 17 team assist us after their car went out, it was a really good team effort and was fantastic to see. I’m stoked to repay that effort and get a podium today.”
Code: B64F17F

Bill
US
I have received the products (Mad Max models) today. I liked the products very much. Thank you for the careful packing and quick transaction.
Yukiya
Japan
I just wanted to let you know that I received Order #1687 for my 3- 1:43 car order and couldn’t be more pleased with both the cars and their boxes. Thank you very much. Have a g’day down under. 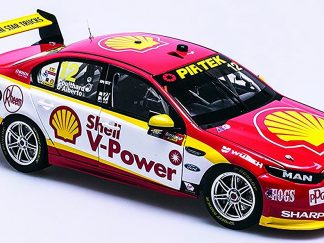