Limited edition illustrated print featuring the Falcons that Fabian Coulthard / Tony D’Alberto and Scott McLaughlin / Alexandre Prémat will be driving at the 2018 edition of the popular retro round. 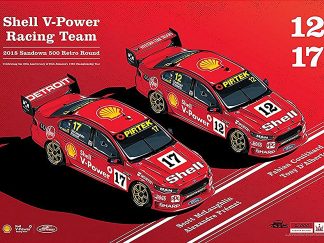