This is an unbelievable limited edition photographic print which features each and every one of Holden’s 108 VF Commodores to have won a championship race in Supercars between 2013 to 2017 including three Bathurst 1000 wins. Each winning car is pictured along with details about the car, driver, team, year and race where each victory took place in chronological order.

This is the ultimate collector’s print for Holden Motorsport fans, licenced by Holden.

Produced in association with V8 Sleuth. 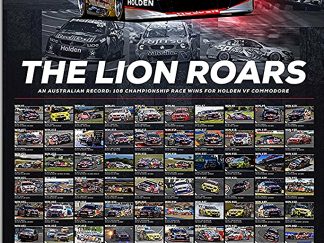