After a lean 2018 by his own standards, Chaz Mostert has used his new weapon, the Mustang GT, to set about stamping his name on the 2019 Supercars Championship Trophy.

A string of podium positions, sees the likeable Queenslander resident sitting fourth in the standings.

Don’t miss Mostert’s 2019 season car in 1:18 scale which is scheduled to be produced by Authentic Collectables in high quality die-cast with detailed interior and fully opening parts. This model will be produced in a limited edition with a numbered Certificate of Authenticity. 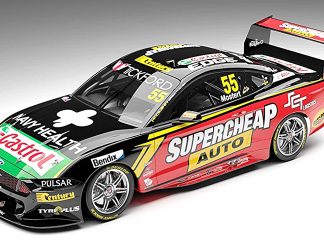